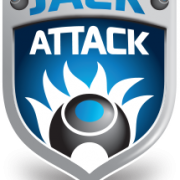 After weeks turned into months of anticipation, the greatest social bowls competition between Manning Road and the Canning River was BACK for 2021, and while last week’s COVID Cup was a good night out, Jack Attack is Jack Attack, and the serious business could finally begin, with the other bonus being that the mask mandate had come to an end, meaning it was pretty much back to normal on a Wednesday night.

As mentioned in last week’s report, a record 24 teams have been entered for this edition of Jack Attack, with 7 new teams making their debuts on Wednesday night, and on that note, I’ll kick off the season with a big thanks to all the behind-the-scenes team for making midweek bowls possible:

Richard ‘Half’ Price steering the ship, Theresa and the bar staff servicing our collective drinking problem, Donna and the kitchen staff with their 6-star steak sandwich, Mark Ellis, Andy Lill and AJ Heal assisting any bowlers who need help, and Graham Maples, who’ll tell you bluntly that you need to play with a white jack on the grass and a yellow jack on the synthetic.

In the opinion of this roving reporter, the universe rewarded Pricey for his hard work setting up this year’s comp, when his beloved greyhound Honour Rampage drew her favoured Box 8 and won the 10th at Cannington on Wednesday night.

As for the playing conditions, there was a thick cloud cover about an hour before play began following a humid day in Perth, but nevertheless it was a perfect evening for bowls, hovering at 22 degrees Celsius with a light South-westerly breeze, and the sun eventually broke through right as play began at 6:30pm. The Young Guns and the Habibs measure out a close end

Straight to the top, and the overall winners of night one were the Trevor Chappells, who scored a +18 victory on the Missing Moo’s, and showing what a form reference last week’s COVID Cup meeting proved to be, the Lawn Clippings finished 2nd overall with a +16 win over the Dream Team, who stepped up as a last minute replacement for the Bull Shots, with the damage being done in a 15-0 1st Set demolition, ironically while Lawn Clippings skipper Ryan was held up at work.

Thanks to the extra funds from the expansion, there’s now a $10 dividend for 3rd overall, which went to debutants The Lenny’s, who finished on +13 (vs The Breakaways) alongside The Unbelievabowls (vs Merkins), but The Lenny’s got the cash on a total shots countback by 19 shots to 17, although the Unbelievabowls won in straight sets versus The Lenny’s tying their 2nd Set 6-6.

Despite another potential error by the judge, with the extra funds, The Unbelievabowls will also receive $10 in the interests of fairness to both teams.

Looking at the other results, and all up it was a fairly even night, as 5 teams took the maximum 4 points, 3 games had a tied set, and 4 games went to tiebreak, the best of which may have been the debut derby between good friends Burrendah and the Soft Girls, as Burrendah lost the 1st Set 2-8 and trailed 0-7 down with 3 ends to play, only to win the 2nd Set 8-7 with a 3 on the final end, followed by the tiebreak win.

The Habibs got a game under the MV Wholesale sign on Synthetic 4, but without John, they lost in straight sets to the Young Guns, the T-Birds comfortably defeated Crawshaw, Kochie and the Great Bowls of Fire made the Tie Break Turkeys regret their name change with a comeback win in a tiebreak on the grass, The CDs and the Bowled And The Beautiful acted out a cliff-hanger that came down to the last bowl of the tiebreak, with Helen delivering the goods for the CD’s, and Ten Pins played the role of the Rebels and shattered the Empire Strikes Jack with a comeback tiebreak win of their own.

On another note, I think we can skip the end of season ceremony and award the prize for the best team uniform, because the ladies from The Bowling Stones have sat their shot on the jack when it comes to this season’s best get-up:

Big thanks to Phil for taking the photos, and to Tiffany and the ladies. Brodie, Young Guns: “We were a bit inconsistent, but I thought we all played well – Josh had a good 1st Set, Liam had a good 2nd Set, and that was the first time we’ve beaten the Habibs, third time’s the charm.”

Loose Bruce, T-Birds: “We had a slow start but we got there in the end, we had some good banter with them (Crawshaw) all night.”

Kym, Crawshaw Crisis Committee: “We’ve got an injury concern – Decker’s got kneemonia, he’s pulled a heartilage in his knee, we just hope he doesn’t get arseritis!”

Kelly & Helen, The CD’s: “Second time lucky on the grass, it came down to the last bowl of the tiebreak, but Helen pulled a miracle that Natalie (Who was unavailable) would’ve been proud of!”

Kochie, Great Bowls of Fire: “Still on the honeymoon phase from last season, got to get it into second gear, but we powered on through in the tiebreak against the Tie Break Turkeys.”

John, Tie Break Turkeys: “We lost in a tiebreak, the boys have said they still have confidence in me as a captain, and any reports of a change are unfounded and premature.”